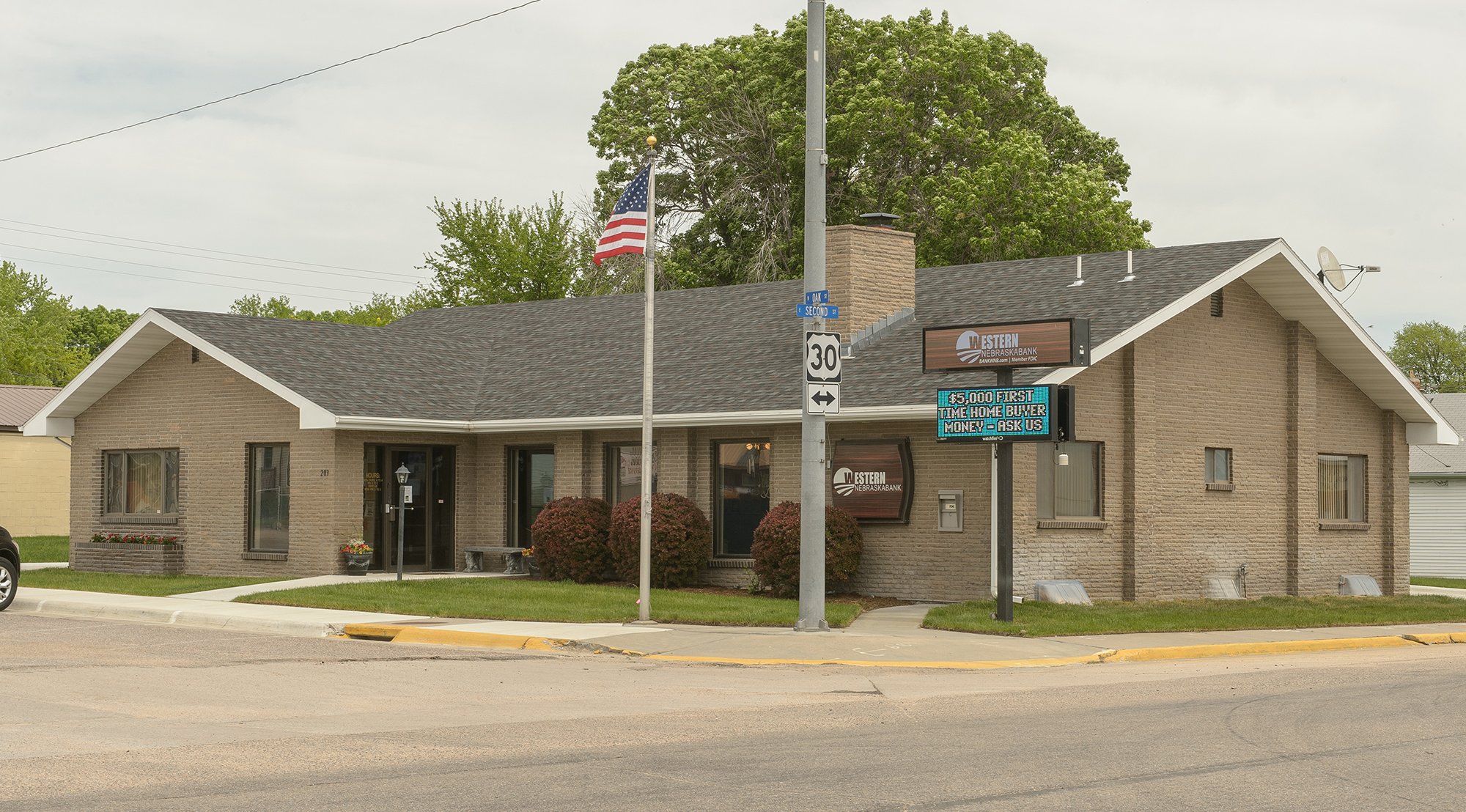 Originally called “Alkali” for the alkaline content in the soil, the name was changed to “Paxton” in 1885 for a prominent rancher in the territory. Earliest inhabitant was Edwin Searle, 18-year-old telegraph operator for the Union Pacific. Searle lived in a tent south of the tracks in June, 1867. The abundant rainfall in the 1880’s convinced hardy pioneers that farming was feasible in the area. Unfortunately, the 1890’s brought drought. A new bank called the Bank of Paxton that had opened in 1888, paid its depositors, and closed in 1896 which is recorded to be the last remaining bank in Keith County at that time.

It took until May 8, 1928 until a new Bank of Paxton received its state bank charter. The first share of bank stock was owned by Jens Sillasen and the bank President was Peter Egington, Sr. who ran the bank until his death on September 30, 1944. His son, Peter Eginton III took over the management of the bank at that time. A new bank building was constructed in 1974 and the original building was donated to the Paxton American Legion. Mr. Eginton ran the bank until his death on September 29, 1979. At that time his nephew, Jody Beveridge took over the operation of the bank. Unfortunately, Jody was killed in a car accident on March 23, 1989 at which time his wife Janell became active in the bank. Pony Express Bancorp acquired the bank in October 2006. The bank merged in Pony Express Community Bank on December 31, 2009. Pony Express Community Bank was acquired by Western Nebraska Bank on December 4, 2015. Paxton is a thriving small town with a very active downtown supported by a strong agricultural community. Western Nebraska Bank is an agricultural family bank proud to be part of the Paxton Community and pledges to be an aggressive supporter of the growth of the community.