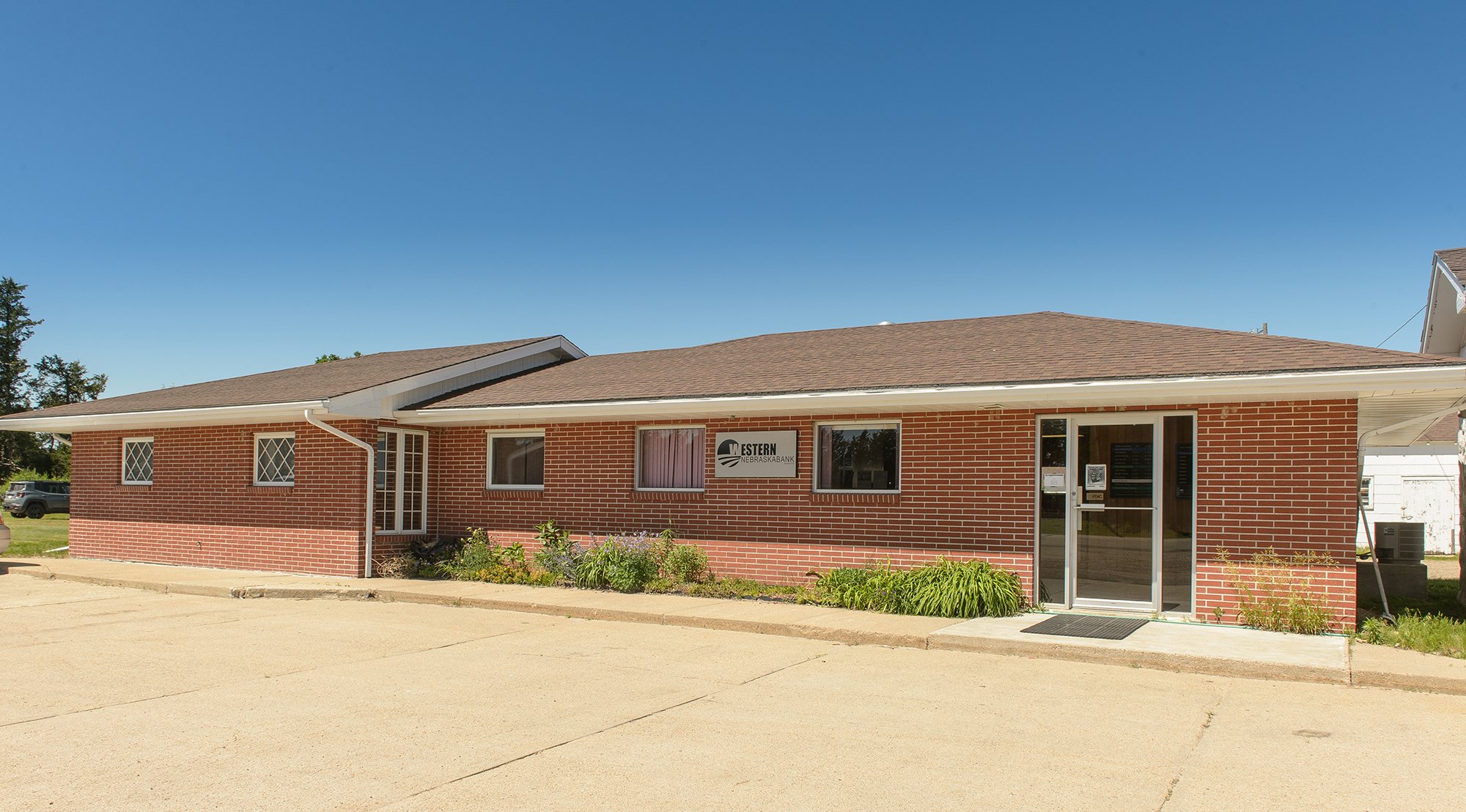 Western Nebraska Bank in Purdum, previously Purdum State Bank, is located in the heart of the Sandhills, is an independent family owned bank and has been since 1914. When the bank was established, original founding members included G. H. (Hollie) Cox as Cashier and L. A. Cox as a Director.

In 1933, when banks were ordered to close their doors, Purdum State Bank did not close. Due to a 3 day blizzard that blocked roads and paralyzed telephone communications, the bank did not receive the message. The historical reports of this event indicate a lot of explaining to officials was necessary.

Fire destroyed the business portion of Purdum in March of 1935, taking the Bank and General Store. The Bank’s safe was left standing on its cement pad. Quarters were moved across the street to a 2 story garage. Until a new safe arrived a few days later, the assets were kept under Cashier Hollie Cox’s mattress. A new building was completed in September that housed the Bank and General Store. Hollie Cox eventually became president.

A new bank was built in 1970 to accommodate the Bank and a grand opening was celebrated. J. F. (Jack) Moody became president following Hollie Cox and remained president until his death in 1974. At that time Jack’s son, Gene Moody, became president. The bank was enlarged in 1977 due to growth and the evolution of equipment. The Bank is still located in this building today.

In 1984 Gene Moody passed away and his wife, Sherry, was elected president. The Moody’s remained to be the major stockholders. Sherry Mulligan remained president until her retirement in August 2011 when the bank was sold to Greg Stine.

In 2012, Western Bancshares, Inc. assumed all of the deposits and majority of the assets of Purdum State Bank. Western Bancshares, Inc., a bank holding company led by Michael Kelly of North Platte, NE, is a small group of investors with strong backgrounds in agriculture. Mr. Kelly is a third generation rancher with ranching interest in Lincoln and McPherson Counties. Other area shareholders include Dave & Loretta Hamilton from Thedford.

January 1, 2013 the bank’s present locations in Purdum, Curtis, and North Platte changed their name to Western Nebraska Bank. The name change brings all banking locations under one name and allows them to represent the same identity and brand.

Purdum takes much pride in serving the Sandhills and its communities. The Bank, celebrated its 98th anniversary in August 2012, has survived the ravages of time, fire, droughts, blizzards, depressions and wars. With the continued support of its valued customers, the bank looks forward to many more years of service to the Sandhills.